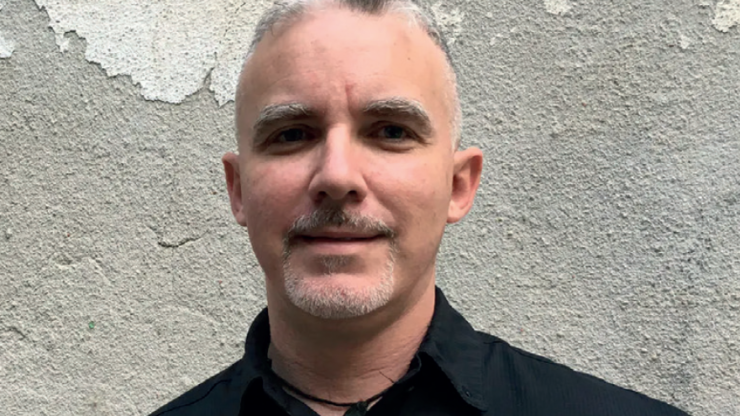 Yes, we can proudly say that Antonio belongs to the SCALE family like no other. He has often inspired us and our readers with his articles and photos and it is an honour for us to present him again in this issue. The veterinary surgeon, who comes from Italy, lives on the beautiful island of Sardinia, where he works as a scientist for the renowned Sassari University. Antonio is a real “fish fanatic”, who writes for selected magazines around the globe, which he has travelled round countless of times armed with cameras and rods. His trips have taken him to places that other anglers can only dream of and he has caught fish that many didn’t even know existed. What luck that he is an excellent photographer in addition to his many other facets. For that reason you always get the feeling of being right there with him, when reading his reports from all over the world.

Antonio, who has his own TV show “Reality Fishing”, is not only interested in fishing. What makes him especially likeable is that he is always enthusiastic about the country and its people and therefore has an eye for things beyond rod and reel. He is also an advocate of responsible fishing and uses his knowledge from fisheries research in a number of projects that are concerned with the protection of the oceans or are directly involved, for example, in the worldwide tagging of dolphin or bluefin tuna. As an angler, the Sardinian has fished just about everywhere and Cabo Verde, Ascension Island, Madagascar, the Seychelles, Siberia, Vancouver Island and just about every country in South America are just some of the countless destinations Antonio has traveled to. In this issue he takes us to the Strait of Gibraltar, where big Dentex, Amberjack and Brown Grouper have been waiting for him. More of an angler, researcher, photographer, journalist and world traveller in fish than Antonio Varcasia is hard to come by and we say again: “Ciao Antonio, nice to have you with us”.  (sal)