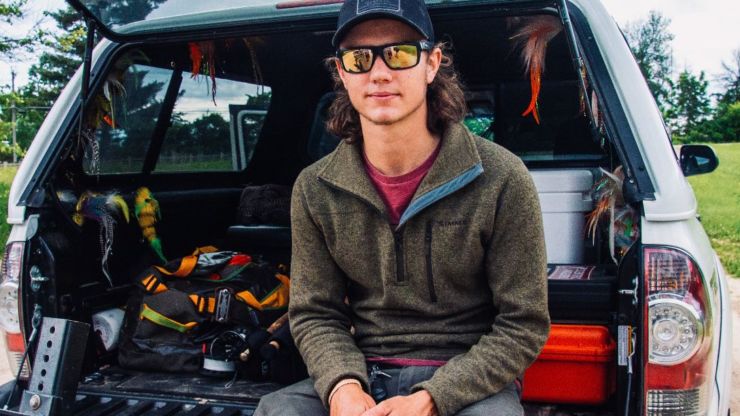 When it comes to Musky-fishing, the eyes of many anglers begin to sparkle. Myths and nebulous stories surround that fish of endless casting. David Holmes takes us out on his Power Drifter to bring light on the tannic waters of his Minnesota rivers. Growing up in the Upper Midwest, and being raised in a family that put a strong emphasis on outdoor recreation and conservation, David spent the majority of his childhood exploring the countless lakes, rivers, and streams in the area, and learned as much as possible about the fish that live in them. He was born and raised in Central Minnesota, and completed his education in Southern Wisconsin while focusing every bit of spare time (probably more than a college student should) on chasing and guiding Musky, Smallmouth bass, and Trout in the Driftless area. Now, Capt. David Holmes operates his guiding business out of the Twin Cities area of Minnesota. Some of his other passions include photography, a discipline in which he shows outstanding skills, environmental conservation, fly tying, and his 16’ Shawnee Power Drifter which has quickly become his go to means of exploring rivers throughout the Midwest. Check out Dave´s social media to feast on his fantastic imagery and one of a kind musky flies and don´t hesitate to book a guided trip to catch the elusive musky together with him! We´re glad to get on board with you Dave, welcome to SCALE Magazine.