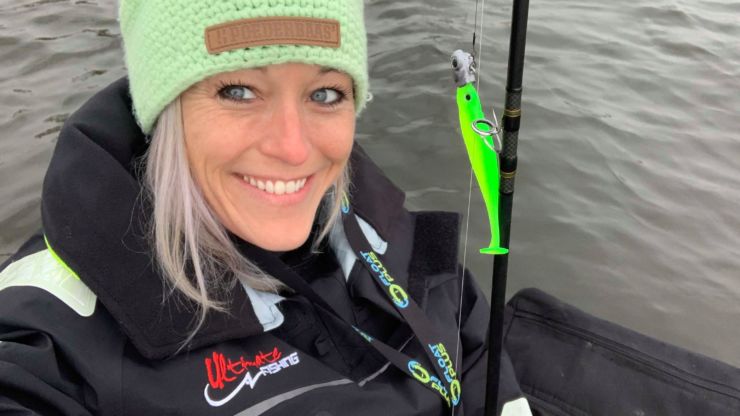 As befits a true Dutch woman, Gea seemingly also has a genetic affinity for water. Even as a little Meisje, she and her grandfather fished for herring in the North Sea and for perch and eel in the polders. Later she also became enthusiastic about carp fishing with her uncle – until four years ago, when she met her boyfriend, who focuses on predatory fish. She can still remember her first pike, caught in „Geluksmeertje“ (Lucky Lake) – such overjoyed moments just stick. It’s no surprise then that the 35-year-old has been infected ever since. Whenever she can, Gea spends every free minute on the water. Here she gets her head free, can concentrate on the essentials and feels connected to nature. With her boyfriend she has travelled and fished some Loughs in Ireland, many beautiful lakes in Sweden, France or Spain and of course she is also on the lookout for predators in her own „Kikkerlandje“, the Netherlands. She is especially fond of boat fishing and so Gea just got her boat license to be even more independent. For the real estate agent from Haarlem, fishing is by far her most important pastime, but she is also enthusiastic about indoor climbing (bouldering).

For her article in this issue she has teamed up with the famous French nature photographer Erwan Balança to fish Lac Léman (Lake Geneva) and its big pike in the Swiss-French border area. Hartelijk welkom aan bord, Gea!